CFPB to mortgage industry: Get out of MSAs
Industry calls move regulation by enforcement

The Consumer Financial Protection Bureau wants mortgage lenders to stop using marketing services agreements, and it’s using the stick rather than the rules process to do so.

Two major players in the mortgage space announced this morning that they are discontinuing marketing activities that depend on MSAs because of regulatory uncertainty, recent interpretations of RESPA, and a generally toxic enforcement environment, and that appears to be exactly what the CFPB wants.

“Wells Fargo’s decision to exit all marketing services agreements is an important step for the mortgage industry towards ensuring compliance with the RESPA statute and freeing up more choices for consumers,” Samuel Gilford, spokesman for the CFPB, told HousingWire after the initial story broke.

Marketing services agreements have been around for decades, and considered a common practice in the industry, according to Pete Mills, Senior Vice President for Residential Policy at the Mortgage Bankers Association.

“…(T)his has not been hidden in the dark. There’s a section of RESPA [Section 8(c)(2)] that talks about payment of bona fide compensation for goods and services actually provided being exempt from RESPA referral fee prohibitions, and a whole body of industry practice backed up by regulatory counsel opinion on MSAs,” Mills told HousingWire. “The (CFPB) has taken a very different view from HUD of the permissibility of these arrangements. This is not a case of something that’s been unenforced for decades. Everyone knows about these. HUD for years did RESPA enforcement.

“But now that view has changed under the auspices of the bureau via the enforcement action against Lighthouse and the PHH matter,” Mills said.

In recent months, the CFPB has been on the warpath fining lenders for alleged kickbacks and other violations related to MSAs, and have looked with suspicion at the entire business model.

In June, the CFPB charged that PHH Corp., a mortgage lender, illegally referred consumers to mortgage insurers in exchange for kickbacks, requiring the company to pay $109 million to the bureau.

In another case cited by industry proponents as egregious, the CFPB fined Lighthouse Title, a Michigan-based title insurance agency, for alleged misuse of marketing services agreements.

In both cases, industry proponents say, the CPFB was too heavy-handed regarding a perfectly legal practice.

“If the bureau is taking a different position on this part of RESPA, let’s do this via a rule making process that allows comment and applies prospectively, as opposed to making new rules through enforcement orders,” Mills said.

The CFPB sees MSAs as tools that can be easily abused, and issued a stern warning about their use to other companies in the field.

“We are concerned that such agreements can carry significant legal risk for companies and undermine transparency for consumers,” Gilford said. “Companies should take note of today’s action and consider carefully whether their own business practices comply with the consumer protections provided under the law, which bars kickbacks for customer referrals.”

But that kind of warning isn’t regulation.

“If the bureau wants these to end, they should put out of rule that says this is how RESPA works now,” Mills said.

article below pulled from alta.org

ALTA will host a TRID Townhall on its Facebook page beginning at 11 a.m. ET on Tuesday, July 28, to share what industry participants should be doing now to prepare for the implementation of the TILA-RESPA Integrated Disclosures rule.

Participating in the live event will be:

During the townhall, the participants will offer advice on what TRID readiness looks like, how ALTA members can keep employees energized for implementation and the small details that may fall through the cracks leading up to Oct. 3.

If you have questions about the ALTA TRID Townhall, email Wayne Stanley, ALTA’s director of public affairs. 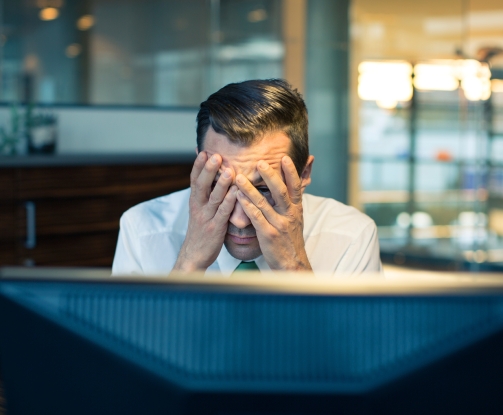 For lenders, though, the TRID rules mean much more than using new forms: They mean substantially changing internal processes in order to accommodate the new mandatory disclosure deadlines and accurately mapping data fields between their systems to the new, electronic forms. Not only must lenders update their processes and software systems, which they rely on to automate the mortgage process, but they also must train their employees so that they understand the new rules and, thus, can impart that knowledge to borrowers. This is particularly important as it applies to borrowers who have gone through the closing process before and might have certain expectations.

Originally, the rules were to take effect on Aug. 1, but an administrative error on the part of the CFPB required that implementation be delayed by at least two weeks. That error – combined with pressure from lenders, industry trade groups and a coalition of more than 200 officials in Congress concerned about the impact of the new rules – led the CFPB to decide to delay implementation until Oct. 1. However, that was quickly changed to Oct. 3, so that the new software systems could go live during the weekend (i.e., during non-business hours).

Brian Koss, executive vice president of Mortgage Network, one of the largest independent mortgage companies headquartered on the East Coast, says the CFPB’s decision to delay implementation to Oct. 3 is “welcome … particularly because most lenders still need time to conduct testing of their new software systems.” One of the biggest challenges facing lenders, he says, is that initially they will have to use the new disclosure forms and processes in tandem with their current disclosures and systems, in order to complete those loans that were originated prior to the implementation date.

Adding to the challenge is the fact that lenders cannot test the new forms in the real lending environment because the new forms cannot go live until Oct. 3. That means lenders are relegated to doing in-house testing using hypothetical modeling that may not be accurate in the real world.

As Koss explains, it is much more “difficult to do the testing required in a test environment than it is to do it in the real environment.”

“It would be good – if you were a lender that was ready – if we could start doing it now,” he says, questioning why the CFPB wouldn’t allow lenders to start rolling out the new disclosures individually, as they are ready. “It would be good if we could somehow roll this out in the real environment, instead of a test environment. Maybe we could roll it out in just one state? That would allow lenders to see if their systems are really ready.”

“Lenders are going to have to run dual systems, and they’re going to be penalized if one or the other isn’t working properly,” Koss says, adding that most lenders probably would not have been ready by Aug. 1. “This is why this is such a logistical nightmare – and it’s why we are hoping that the CFPB will be kind and gentle, in the beginning, in terms of enforcement.”

The new rules have been equally challenging for mortgage software vendors, which have been working closely with their compliance specialists, attorneys and technology partners, as well as the CFPB, to ensure their systems have the proper features and functionality to support the new rules.

Rick Roque, managing director of retail for mortgage lender Michigan Mutual, says it’s not so much that the CFPB’s new rules are that “onerous, it’s just that there is a systemic infrastructural challenge within the mortgage industry as a whole. And you have to have a very tight working relationship with your software vendors in order to adjust for and accommodate these types of regulations.”

Roque, who used to work with Calyx Software, says when a software vendor normally sets out to develop a new application to support a set of regulations, the people driving the design typically provide a “full spec sheet,” which spells out all the features and functionality needed. In the case of the new TRID rules, however, software vendors were partly blind, initially, because “they just didn’t get the clarity they needed [from the CFPB] – you need a full six to nine months in order to properly develop that solution.”

“For an Aug. 1 deadline, this probably should have happened back in January – vendors should have gotten a full spec sheet from the CFPB centered on ‘here is what we are looking for,'” Roque says. “But lenders didn’t get that kind of clarity. And that gets back to my comment about how fear restricts capital flow: As a software vendor, you can’t spend all that money just to get it wrong. So you wait, and you get your feedback from your clients, and you put out what you think is right, and you make adjustments along the way. But that’s not the same as getting it right from day one.”

All of this hassle, and yet the question remains: Will the new disclosures – which some have called nothing more than a “cover sheet” to the existing disclosures – have the intended effect of making borrowers more aware of what they’re getting into?

“The docs are clearly more readable and easier to understand – plus they can now be customized to match the borrower’s loan type and product,” Koss says. “It’s definitely better all the way around – it’s just that the whole industry has to deal with it – and the title companies and the Realtors are just now getting familiar with this.”

When asked to estimate how much the new forms will improve borrower understanding of the process, considering that borrowers so seldom actually read any of the documents involved, Koss estimates that it will improve understanding by “about 10 percent.”

Another question that remains is whether the CFPB still plans on being “sensitive” to those lenders that have made a “good faith effort” to comply, initially, in terms of enforcement, as it promised when the deadline was Aug. 1.

“I don’t think they’ll change that,” Koss says. “However, I don’t think any firm will be using the ‘you told me you would be nice’ line – you have to assume that Oct. 3 is the date it takes effect.

“Furthermore, just because there’s a grace period doesn’t mean you’ll go free if you’ve made a mistake,” he adds. “And if you make one, it had better be a true mistake because they’re going to need to see that you’ve done everything possible – that you’ve spent the money and time and effort – otherwise, they’re going to fine you.”

“Lenders are just as much worried about the class action attorneys as they are about CFPB enforcement,” he says. “They’re worried about borrowers finding loopholes to get out of their loans – and people using the law for the wrong reasons. Regardless of how the CFPB and the lenders interpret the rule, there are other people out there who are seeking to use their own interpretation. So, this is less about the CFPB than how other people might use the rules against lenders.”

For example, if a problem arises with a borrower’s loan and it comes to light that the borrower wasn’t informed properly by way of the disclosures, it could create a “technicality” that could result in the borrower prevailing in court and the lender taking a huge loss, Koss explains.

“There are a million defect potentials now,” Koss says. “And the CFPB just added to it. So this just puts more burden on all lenders – and creates more opportunity for people to use the regulations against them.”